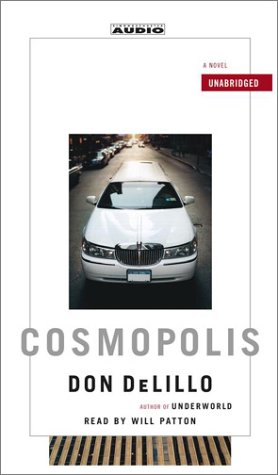 For a book about a 28-year-old new-economy billionaire with a "frozen heart," Patton adopts a distant, machine-like narrative tone that has all the warmth of the computer HAL in Stanley Kubrick's . It's a fitting approach, as the asset manager at the novel's center, Eric Packer, is hardly an avaricious tycoon, but rather an insular and literate egotist who seems more given to detached, philosophical reveries on everyday trivialities than to serious business analysis. That, too, fits, as this novel from DeLillo (; ) takes place entirely in one day as Packer's life unravels while he's driven across Manhattan to get a haircut. He remains aloof both to listeners and to those around him, and Patton's understated reading imbues the proceedings with the subtle edginess of a mild drug. That's not to say that things are completely monotone, though; Patton also deftly portrays characters ranging from Packer's gruff, paranoid head of security to his aging Italian barber, one of the few characters who seem truly human. But the book is really an extended meditation, and while Patton's pitch may be perfect, the recording isn't for everyone.