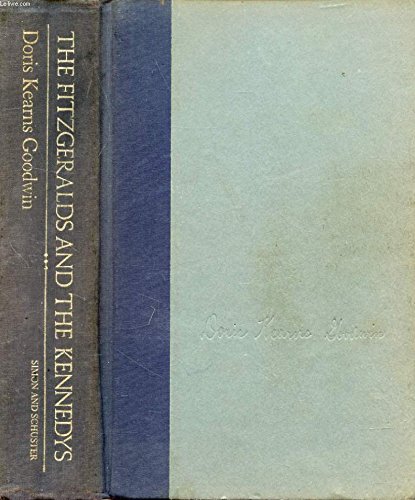 The Fitzgeralds and the Kennedys: An American Saga

Four years ago ABC-TV bought this book for a 10-part miniseries. No wonder. This may be the ultimate family saga, the stuff of which producers' dreams are made. Beginning with the baptism of John Francis Fitzgerald (Rose's father) in 1863 and ending with a stirring account of JFK's inauguration in 1961, the story sweeps from the immigrant ghetto of Boston's North End to Camelot and takes in just about everything along the way: the rowdy heyday of ""last hurrah'' ward politics (in some ways, the best part of the book); Wall Street speculation in the 1920s; Hollywood and Joe's affair with Gloria Swanson; the New Deal; London society on the brink of war; the tragic loss of Joe Jr., the golden favored son; the exhausting political campaigns that finally catapulted an entire family to the pinnacle of international celebrity. With material like this, any writer would be tempted toward melodrama. Goodwin (Lyndon Johnson and the American Dream avoids this pitfall admirably, tones down the technicolor and serves up the wealth of incident with a pacing that doesn't let the reader's interest flag. She has made this more-than-twice-told tale fresh. Drawing on previously unavailable papersincluding Joe Kennedy's unpublished autobiographyshe makes the family, with all its contradictory interplay and immutable bonds, the focus of her story, and the result is personal and fascinating. No muckraking or scandalmongering here. This is an evenhanded, usually sympathetic treatment with very few skeletons poking out of the closet. Joe Sr., so often vilified, emerges as the most complex figure in the dynasty and the true driving force of the family. Rose, on the other hand, is aloof and rigid, displaying a piety that non-Catholic readers may see as fanaticism (even as her son was proclaiming his secularism to the electorate, Rose was consulting a priest about removing Hugo's Les Miserables from her personalthe local, or her personal? library). One shocker: Joe ordered a lobotomy performed on retarded daughter Rosemary without telling Rose. The operation failed, and Rosemary was sent to an institution. Rose only learned the truth 20 years later, when she finally went to visit her daughter. Given the tragic family events that were to follow, one almost wishes Goodwin hadn't stopped in 1961, but her story is really about the triumph of the immigrant experience in America; and the inauguration, with JFK tipping his top hat to his proud father, certainly makes a dramaticok? finish. Unless the reading public's interest in the Kennedy clan has waned, this should be an immensely popular book. Photos not seen by PW. Literary Guild main selection. (February 15)
close
Details