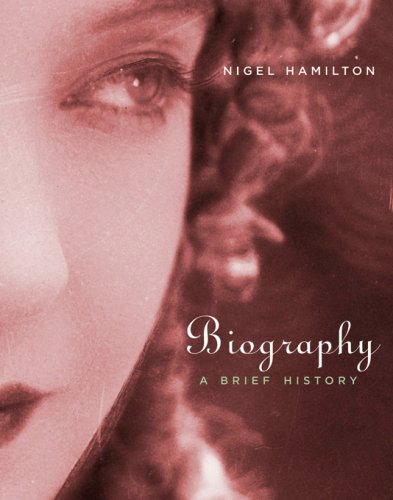 This zesty romp through millennia of biographical portraits comes from \t\t the pen of a master biographer (). Hamilton's a friendly spectator to his own art, undaunted by \t\t its age, variety or the number and skill of the practitioners who've gone \t\t before him. Starting with the ancient Gilgamesh epic, he speeds us through the \t\t formsâ€”writing, theater, painting and filmâ€”in which biographers have \t\t portrayed and interpreted individual lives. No shrinking violet, he wrestles \t\t with every major figure who's tried a hand at biography or criticized \t\t biographers' work. While his own strong convictions are clear, he's fair in his \t\t assessment of others and the ideal referee. Not surprisingly, Hamilton uses the \t\t most ink on recent decades, when the protections to privacy have fallen away \t\t and every dimension of a subject's life has become fair game. That doesn't much \t\t bother him, although it deeply troubles others. He also leans to the risky view \t\t that our age has brought biographical art to its maturity. Perhaps it has. But \t\t even if time proves Hamilton wrong, no one will fail to find his brief, \t\t interpretive history of life stories compelling. It's hard to think of a better \t\t introduction to one of the most popular genres of literature and art today. \t\t B&w illus.