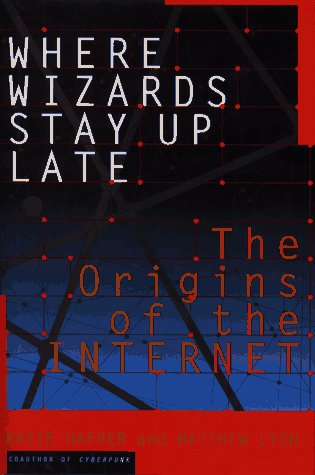 Where Wizards Stay Up Late

Hafner, coauthor of Cyberpunk, and Lyon, assistant to the president of the University of Texas, here unveil the Sputnik-era beginnings of the Internet, the groundbreaking scientific work that created it and the often eccentric, brilliant scientists and engineers responsible. Originally funded during the Eisenhower administration by IPTO (Information Processing Techniques Office) within the Defense Department's Advanced Research Projects Agency (ARPA), ARPANET, the Internet's predecessor, was devised as a way to share far-flung U.S. computer resources at a time when computers were wildly expensive, room-sized bohemoths unable to communicate with any other. The husband-and-wife writing team profile the computer engineering firm of Bolt Baranek and Newman, which produced the original prototypes for ARPANET, and they profile the men (there were virtually no women) and an alphabet soup of agencies, universities and software that made the Internet possible. And while the book attempts to debunk the conventional notion that ARPANET was devised primarily as a communications link that could survive nuclear war (essentially it was not), pioneer developers like Paul Baran (who, along, with British Scientist Donald Davies devised the Internet's innovative packet-switching message technology) recognized the importance of an indestructible message medium in an age edgy over the prospects of global nuclear destruction. The book is excellent at enshrining little known but crucial scientist/administrators like Bob Taylor, Larry Roberts and Joseph Licklider, many of whom laid the groundwork for the computer science industry. (Aug.)
close
Details