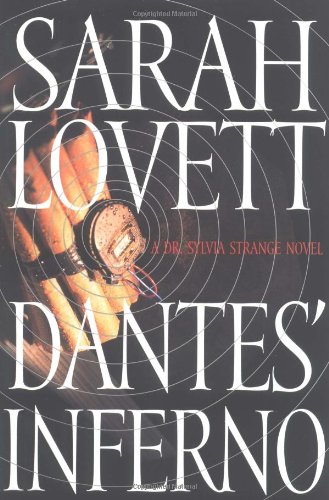 Despite a derivative and formulaic plot about a terrorist intent on blowing up Los Angeles, forensic psychologist Dr. Sylvia Strange's fourth outing (after 1998's ) should keep suspense fans turning the pages. Strange comes to L.A. to interview convict John Dantes as part of a profiling study of incarcerated bombers. Dantes is serving a life sentence for an explosion in the Malibu Getty Museum that killed several fifth graders and their teacher the year before. While Dantes has claimed responsibility for several earlier political-protest bombings, he denies involvement in the Getty outrage. Meanwhile, further explosions are causing chaos in L.A., and Strange becomes convinced that Dantes knows the identity of the new bomber on the block. With the help of various law enforcement officials, as well as unofficial (but brilliant) terrorist tracker and amateur sumo wrestler Edmond Sweetheart, Strange pursues the killer through deepening circles of purgatory and punishment into the dark guts of the subterranean city. Sprinkling the story with references to Dante's , Lovett builds an extended and predictable metaphor for Los Angeles as nine-circled Hell. L.A. noir is a rich territory already well explored; this novel sets its characters down a skillfully wrought but never truly surprising path of destruction.