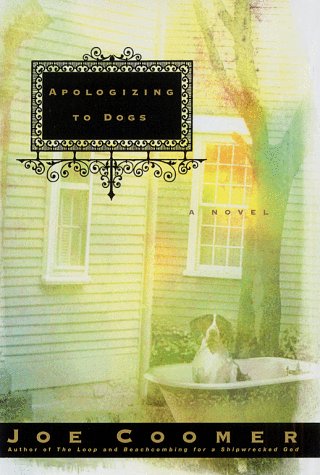 On a dead-end street of failing antique shops in Fort Worth, 35 years of secrets are about to explode into the open in this boisterous and buoyant novel from Coomer (The Loop, Beachcombing for a Shipwrecked God, etc.). The plot features an ensemble cast of oddball neighbors: rotund Aura, so fat that neither she nor her Jack Sprat husband realize she's nine months pregnant; Carl, who's secretly dismantling his house from the inside in order to build a boat and prove his love for Nadine, the aging belle of the block; and winsome, paranoid Effie, who records everything in her diary, and comprehends nothing. There are 17 neighbors in all (including Himself, the delightful stray dog who sets things in motion), and Coomer balances their stories with all the skill and exuberance of a master juggler building to his fiery climax. The action unfolds on an October day in 1986, with a violent thunderstorm approaching. Before the day is out, shabby Worth Row will see a fire and a flood, a birth and at least one death, and the painful stripping away of secret after secret. ""We are doomed to mystery and knowledge,"" Coomer writes. ""We will forever not know then know. We are doomed to understanding."" In this antique-filled milieu, the theme assumes a particular resonance, linked as it is to a broader tension between past and future. What Coomer gives up in depth he more than makes up for in breadth and comic verve. Refreshingly, the novel doesn't pretend to have all the answers. In a fast-paced and deeply plotted narrative where dogs hold all the secrets, Coomer neatly avoids dogma. 4-city author tour. (Oct.) FYI: The rights to Beachcombing for a Shipwrecked God have been optioned by Jodie Foster; Bill Murray optioned the rights to A Flatland Fable. The Loop will be published simultaneously in paper.
close
Details