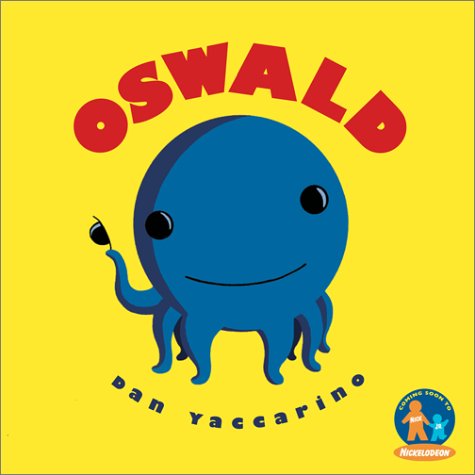 Oswald the octopus, whom youngsters may recognize from the Nick Jr. series, moves to Big City and meets many pleasant neighbors in this thoroughly polite picture book. Oswald, a violet-blue orb resembling Pac-Man with tiny tentacles and a bowler hat, drives into town with only "his pet hot dog," Weenie, for company. Right away, the two have trouble moving a piano into their building: " 'Whew!' said Oswald as he caught his breath. 'Creak!' said the stairs as the piano started to roll down them.... 'Splinkie, splinkie, splinkie,' said the piano as it rolled down the sidewalk." To recapture the runaway instrument, Oswald enlists the help of a lazy penguin named Henry, a flower called Daisy and a baker-insect named Madame Butterfly. By the time the group pushes the piano back home, lonely Oswald has seven new friends. Yaccarino () adopts the earnest tone of a "Dick and Jane" reader. Weenie often says, "Bark! Bark!" and Oswald is described as a "friendly fellow." The author/illustrator balances the old-fashioned sincerity with smooth, digitally rendered images of oddball characters like his tentacled hero (who doffs his hat at each introduction), a stiff tree that walks on its roots and a snowman who sells ices. This cheery story of cooperation introduces a group of optimistic characters that readers may well hope will be back for more adventures. Ages 3-6.