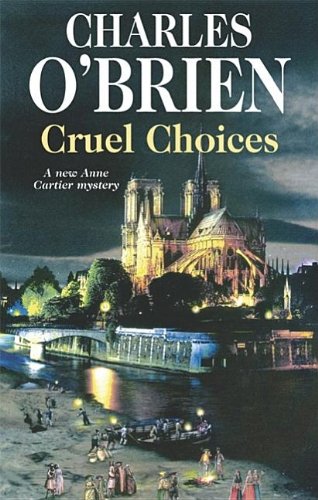 O'Brien's imperfect but entertaining sixth mystery set in revolutionary France (after 2006's ) finds sleuth Anne Cartier, wife of Col. Paul de Saint-Martin, tracking down a missing country girl in Paris. Anne uncovers a prostitution ring run out of a millinery shop and links the illicit trade to the sexually deviant Marquis de Bresse, a disciple of the Marquis de Sade. Indeed, Anne determines that more than one naïve country girl has come to the city and disappeared; the question remains, have they been murdered? The heroine (occasionally dressed as a charwoman) skillfully maneuvers among syphilitic prostitutes, sneaky servants and deceitful shopkeepers as she tries to get to the bottom of things. Fans who have come to expect O'Brien's well-pitched historical details will not be disappointed—the journey into the underworld of the 18th-century sex trade is fascinating if grim. Readers new to the series, however, will struggle to piece together Anne's background and get a handle on her relationship to the police.