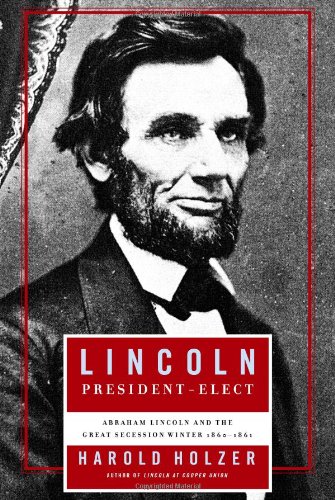 Even the most committed of Lincoln's fans have sometimes questioned his actions in the four months between his 1860 election and his inauguration: a period when seven states seceded from the Union. In an engrossing narrative, Holzer ( ), chairman of the Lincoln Bicentennial Commission, painstakingly retraces Lincoln's few public statements and numerous private initiatives during this key period, revealing an astute political operator assessing the situation, organizing his government, reaching out to the South “and most of all, “[drawing] a line in the sand to prevent the spread of human slavery.” Holzer shows Lincoln shrewdly and methodically manipulating friend and foe alike, while also taking the first cautious steps toward preparing both himself and his country for a grim trial by fire. 16 pages of b&w photos. Civil War Times Smithsonian