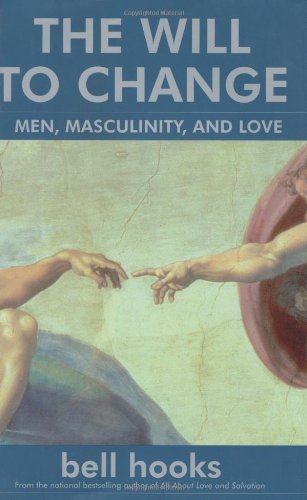 THE WILL TO CHANGE: Men, Masculinity, and Love

A companion to (Forecasts, Nov. 10), hooks's 23rd book for adults is a fierce, quirky denunciation of patriarchy and a clarion call to the uncommitted to align themselves with visionary radical feminism. In 12 slim chapters, hooks examines the stages of a man's life, from babyhood through boyhood to the teenage years into manhood. She finds patriarchy plays a role in most socio-sexual ills, as boys and men seek alienating sex as a substitute for the love that often seems, because of demands on families that destroy them or keep them from forming, unavailable to men: "Sex, then, becomes for most men a way of self-solacing. It is not about connecting to someone else but rather releasing their own pain." The men who can lead us out of patriarchal chains are "men of color from poor countries, men who live in exile, men who have been victimized by imperialist male violence"—the Dalai Lama for example. While she calls Will Smith films such as and tools of the patriarchy, hooks saves her big guns for J.K. Rowling's books, scornfully exposing them as foisted on us by "rich white American men" and no more than updated version of the British schoolboy books that fueled the fantasies of Victoria's empire. A better book to buy for children, she suggests, might be her own recent Hooks is always readable, but her takes on mass media here have a retro ring to them.