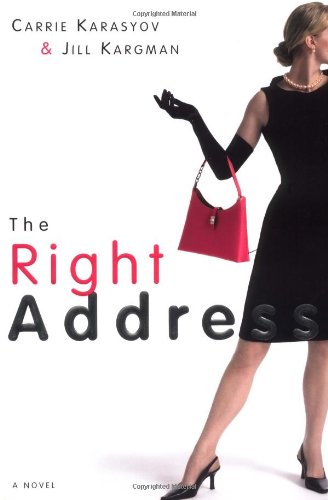 Money can't buy style, learns the social climber protagonist of this novel. Nor can money write an interesting book. Despite their claims to an insider's view, authors Karasyov and Kargman, who met at the Upper East Side's elite Spence School, have written an achingly dull novel about a nouveau riche heroine with trailer park origins who aspires to the New York jet set. Melanie Korn, neé Sartomsky, approaches the social world of the superrich upon her marriage to billionaire Arthur Korn, who's cornered the market on caskets, funeral homes and retirement homes—but true acceptance eludes her. Although she lives with her husband at "741 Park Avenue, the most coveted building in all of New York City," the old money crowd refuses to warm to the former stewardess. Melanie kisses up to one stereotype after another, including the catty town gossips, the "grande dame of Park Avenue," her philandering husband and the beautiful heiress. As they hand McDonald's applications to the homeless, attend charity balls and angle for attention from the society papers, these Upper East Siders reveal their true lives: they shop, they lunch, they bitch. With its awkward prose, unsympathetic heroine and clichéd supporting cast, this attempt at a scathing social critique doesn't measure up to its predecessors in the skewer-the-socialite genre, though undoubtedly there will be some well-heeled readers seeking to ferret out the characters' true identities.