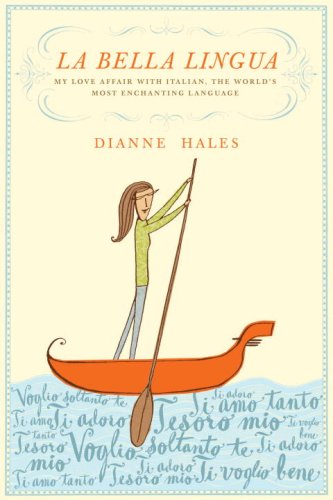 La Bella Lingua: My Love Affair with Italian, the World's Most Enchanting Language

In this charming love letter to the language and culture of Italy, journalist Hales recounts her inebriation with Italian's sounds and her lovesickness over its phrases. Enamored of this lovely and lovable language, Hales immerses herself in Italian culture on numerous trips to Italy in her attempt to “live Italian.” She comes to think of Italian as “a lovable rascal, a clever, twinkle-eyed scamp that you can't resist even when it plays you for a fool.” Hales regales us with the mysteries of the language, such as when a color becomes more than hue. She tells us that yellow, for example, refers to a mystery “because thrillers traditionally had yellow covers.” In her rapture over the language, she also swoons over Italian literature (from Dante to Manzoni), opera (Verdi and Puccini) and cinema (Marcello Mastroianni and Fellini) as she rehearses the many ways in which the language has seductively slipped into Western culture and consciousness.