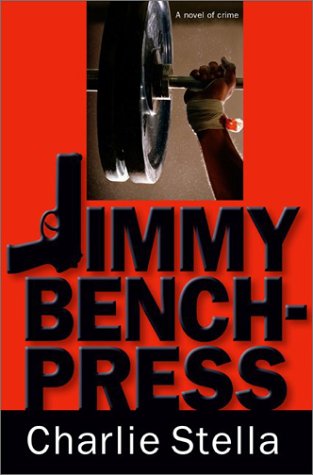 Jimmy Mangino can bench-press 400 pounds or maybe more after spending time jerking iron in the pen, and now he's back on the streets and moving to establish himself in the New York–New Jersey turf in Stella's second fast-paced, brutal crime novel (after 2001's ). Looking to become a made man with the local Mafia and to line his own pockets as quickly as possible, Jimmy gets in on various scams involving loans that are due and porn movies, leaving a wake of maimed and cooling bodies behind him. Cops Alex Pavlik and John DeNafria with Organized Crime know his history, but he's just another head buster as far as they're concerned. Anyway, they have their own problems: Pavlik, shuffled from department to department because he can't control his fists, haunted by images of the victims of a child-murderer he nabbed; DeNafria, caught up in a divorce he can't accept. To the cast add a would-be tough guy, the wannabe's beautiful girlfriend, some Russians and Koreans, swingers and porn stars and more. Stella moves confidently into territory staked out by Elmore Leonard, though he isn't quite as funny or as adept at interlacing his plot lines. Stripped down to essentials, the completely lean prose style—"She spit fragments of her front teeth onto her lap"—ought to do the job for fans of unrelenting underworld fiction, while the squeamish may wish to give this one a pass.