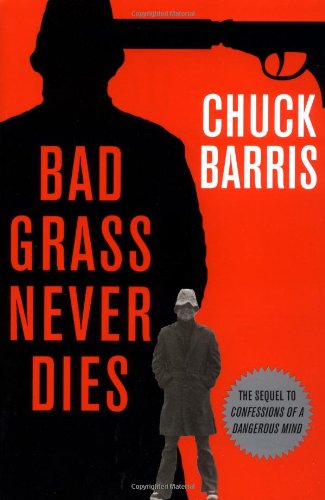 In this sequel to Barris's 1984 (re-released in 2003) sleeper, , the TV producer best known for his role as the wacky host of picks up where he left off. The misanthropic Barris can't seem to catch a break. The literary world won't accept him, the TV world has had enough, the press crucifies him for bringing TV into the gutter—and the CIA won't let him walk away from his side gig. Globetrotting at the behest of a new CIA contact, Barris continues his assassination work, this time with aplomb, quietly eliminating enemies ranging from a Mexican assassin to a Mideastern terrorist, and he finds a new love. Still, unlike , which offered a hilarious, at times unflinchingly personal examination of Barris's controversial TV career, his second attempt at "memoir" is in fact little more than a spy "novel." Luckily, Barris isn't a bad novelist. In fact, he is an accomplished, entertaining writer. But was Chuck Barris truly a CIA assassin? Part of the charm of was that Barris was cagey enough about his claim to entice readers to suspend disbelief, if not swallow the story. But with yet another memoir, many readers may find he's gone to the well once too often. Sorry, Chuck, your cover's been blown.