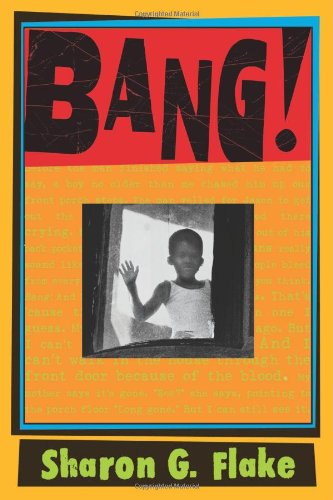 In a contemporary, hard-hitting survival tale set in a neighborhood where people get shot "for no real reason," Flake ( ) follows an African-American boy's harrowing initiation into manhood. Two years after Mann's seven-year-old brother is killed in a drive-by shooting, the boys' father decides to teach 13-year-old Mann, who narrates, the same lesson received by boys in African tribes. He drives Mann and his best friend, Kee-lee, into the woods and leaves them there to fend for themselves. Wild animals prove to be less of a threat than the people the boys encounter, and once they do return to the city, Mann's father turns them out again to find out what direction they want to take in life ("You wanna be a pimp—well, there's a road that'll lead you there. Wanna be a thief, sell crack and live high and die hard—well, that road's waiting for you too," says Mann's father). The method used to induct Mann into a violent world will spark as much controversy among readers as it does among characters in the book, but in the end, Mann (who fares better than his friend Kee-lee) does learn some important lessons that go beyond survival. There is a gradual yet notable change in his morality as he searches his soul to find what kind of man he wants to be. Ages 12-up.