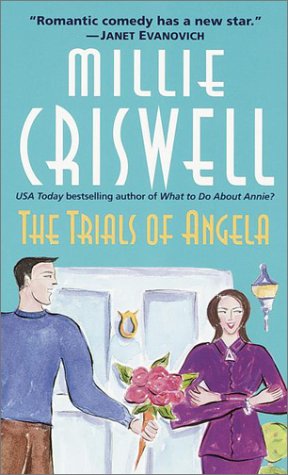 THE TRIALS OF ANGELA

The humor Criswell employed so skillfully in her previous offerings (; ) strikes a discordant note in her latest book, the third in a series of contemporary romances chronicling the lives and loves of a close-knit community of Italian Americans in Maryland. This strident entry follows the romance between Angela DeNero and John Franco, two attorneys who are engaged in an ugly custody battle that has their relatives up in arms. Against his better judgement, John is representing a powerful and underhanded lawyer whose new trophy wife is seeking to regain custody of her son, whom she abandoned. Unfortunately, Dan, the boy's father and a relative of John's through marriage, has hired Angela, a prim and proper Harvard grad who captured John's heart in high school and is poised to do so again. Angela and John are both well-drawn, likable characters, but the "villains" in this story serve no purpose other than to stir up a little conflict and push the plot along. Although the lawyer jokes that preface each chapter are cute, characters like Angela's cross-dressing father, her underwear-deprived friend and John's kleptomaniac grandma are piled on, and the story about two scarred individuals finding love with one another is lost in the cacophony.