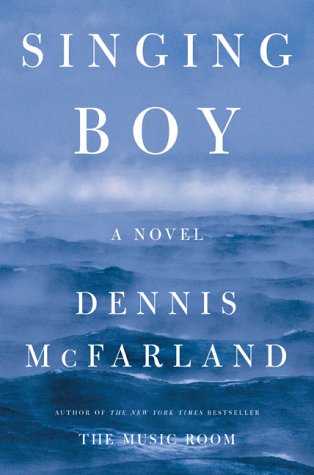 Tragedy strikes quickly, and the memory of it fades slowly--that is the simple theme of this psychological drama by bestselling writer McFarland (The Music Room). Architect Malcolm Vaughn; his wife, Sarah; and their eight-year-old son, Harry, are driving home one night through suburban Boston when Malcolm gets out of the car to confront an erratic driver stopped at a red light and is shot and killed. At the hospital, Sarah calls Deckard Jones, Malcolm's best friend and a Vietnam veteran. These three principal characters, victims of shock and grief, find it impossible to cope with their loss. Sarah, trained as a scientist, refuses to return to her academic post as an instructor in chemical engineering. Harry's outward reaction, a bland insouciance, makes macho Deckard cry. But then Harry regresses to bed-wetting and is prone to nightmares, and Deckard suffers violent dreams that not only reflect the depression he suffered after Vietnam but bring back memories of his abusive father. Several minor characters--Sarah's estranged actress-mother Enid, unable to attend Malcolm's funeral because of a professional commitment, and sympathetic Detective Sanders, whose feelings for Sarah become personal--move the story along. The author is acutely sensitive to mourning's nuances of speech and to variation in motives, but humorous overtones temper the novel's somberness: Enid's mother is playing the part of Mrs. Malaprop in The Rivals; Deckard remembers the cobra watching his Vietnam buddy's dramatic suicide and thinks that when it returns to the nest, none of the other snakes will believe the story it tells. Though one too many tropes of the literature of grief may be treated in the novel, McFarland tenderly addresses timeless issues of death and remembrance. Author tour. (Mar.)
close
Details