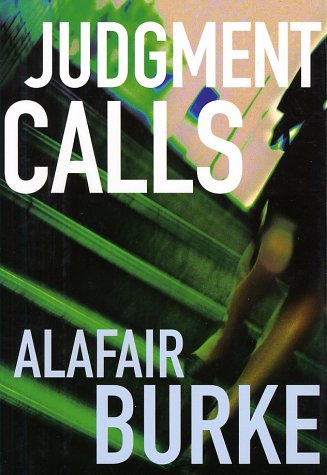 Burke's earnest, fast-paced debut introduces a sharp new crime series revolving around Deputy DA Samantha "Sam" Kincaid, a hip, 30ish lawyer working in Portland's Drug and Vice Division. As a former DA herself, and now a teacher of criminal law, Burke brings a hyper-reality–TV quality to the text, as well as a sometimes overzealous attention to technical minutiae. Kendra Martin, 13, has been prostituting herself to support a heroin addiction begun after her mom's boyfriend insisted that "popping wasn't really like shooting up." When Kendra is found left for dead, Kincaid is determined to bring to justice the violent sex offenders who brutally raped and beat her. Narrated in a crisp first person and injected with good-natured humor ("It's a fundamental truth that the number and density of cuss words increases exponentially as the number of cops and DAs in a room goes up"), the book is tightly plotted and detail laden. The secondary characters are less vivid than the assertive, likable Kincaid, but they serve their purpose. Kincaid's ex-boyfriend, Det. Chuck Forbes, is involved in the investigation of Kendra's case and another possibly related crime; Tim O'Donnell, a crude senior DDA on Portland's Major Crimes Team, is suspiciously eager to have Kendra's case tried under his jurisdiction. Cracking the case not only drags up an earlier death-penalty conviction but uncovers the roots of a prostitution ring that shakes up the entire Major Crimes Team and tests Kincaid's faith in her own judgment. This is a solid first effort from Burke, daughter of another "crime fighter writer," James Lee Burke.