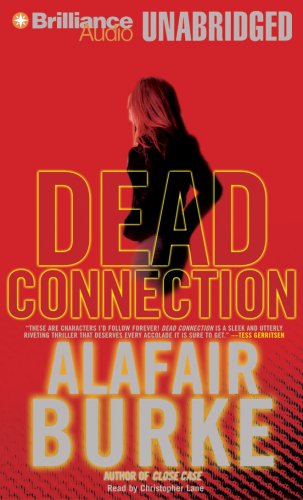 The critics were not very kind to the print version of Burke's attempt to break out of her successful Samantha Kincaid series, and the audio version shares the same faults of being dull, overcomplicated and overstuffed. Despite the award-winning audio talents of Christopher Lane, there's only so much he can do with the material he's been given. Lane is cool, clean and clear as a fresh pond as he tells listeners the story of Ellie Hatcher, a rookie detective whose father's apparent suicide leads her from New York to Wichita, Kans., where she finds that the suicide had something to do with the serial killer her father was pursuing. Lane gets all the characters' voices just right—male and female, New York computer nerd and Kansas lawman. But in the end he's the only reason for spending time and money on this disappointing audio.