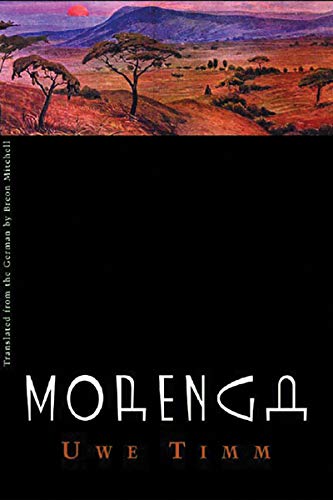 This historical novel by Timm (), first published in Germany in 1978, is an oddly fragmented montage that offers a compelling view of the title figure, a charismatic black South-West African who led the Hottentot and Herero uprising against the Germans after the Boer War. The initial protagonist is a fictional German military veterinarian named Gottschalk, who arrives in German-occupied South-West Africa in October 1904. The early chapters concern the mysterious fate of a colleague who disappears from Gottschalk's unit. From there, Timm turns to the uprising itself, his depiction of Morenga's role broken up by snapshots of secondary characters. Especially memorable are a demented trader named Klügge and a gadget-obsessed engineer named Treptow. Their adventures eventually reach a narrative dead end, though there are moments of suspense and subtle humor ("It would be years... before [Klügge] would earn the necessary capital for his more grandiose plans. This was due in part to the poverty of the population, but also to a certain characteristic tightfistedness and a corresponding cleverness in which Klügge felt he recognized something Jewish, which was not so surprising, since after all the Hottentots were Semitic in origin, as a Swedish professor... had explained to him"). The prismatic view of many ethnic, factional and moral conflicts illustrate how even supposed allies were divided from one another in this land. Though the parts never quite coalesce, the well-developed historical material and Timm's gifts as a portraitist make this an intriguing and sometimes fascinating read.