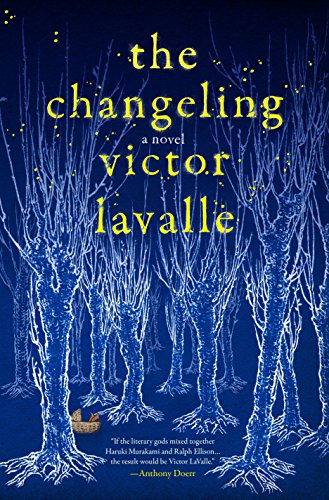 LaValle (The Ballad of Black Tom) displays his unique brand of trippy fabulism in his gripping latest, a modern-day fairy tale about a devoted father’s confrontation with evil. “The wildness had only begun,” says the narrator early on in the novel, a statement borne out by the eerie, fantastic events to come. The son of a Ugandan woman who raised him on her own, Apollo Kagwa scrapes together a living rummaging through estate sales for rare books. The novel takes its time warming up, somewhat leisurely describing Apollo courting, marrying, and having a baby with Emma Valentine, then becoming a so-called “New Dad”: a conscientious, diaper-changing, “emotionally available” modern man. Then the wildness begins with a staggering scene in which Apollo’s family is torn apart. In his quest to put himself and his family back together, Apollo, steered by a computer-savvy client interested in one of his rare books, journeys into New York City’s hidden enchanted places. There he encounters old magic, monsters, and wicked fathers. LaValle makes occasionally strained efforts to weave contemporary concerns—helicopter parenting, online oversharing, and Internet trolls—into this elemental fabric. Nonetheless, the novel works best when immersed in the violent, unpredictable realm of dark fairy tales, which, as one character tells Apollo, “are not for children.” [em](June) [/em]
close
Details