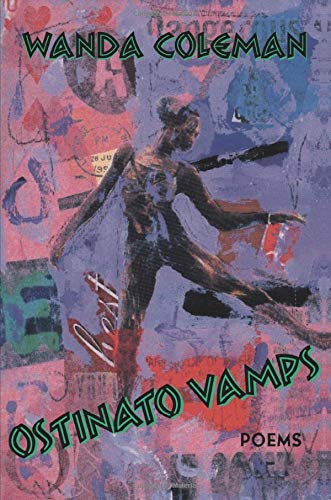 Coleman's last two explosive, masterful collections were , which was a finalist for the National Book Award, and , which was awarded the Lenore Marshall Poetry Prize. seems markedly less verbally dazzling; it is also angrier and more willing to state the case for poetry-as-documentary: "there's the necessity of music cut with bloody weeping." A poem that paints a grotesque, devastating portrait of a homeless woman ("scratchin'/ that tattoo above her crepe-paper/ titty...") nevertheless ends with a kind of redeeming prayer—"moonsparkle angelsleep...." Some of the work here is not electric enough to shock redemption out of despair, but nevertheless talks straight about "happiness that has a price / tag on it." The two longer poems ("Night Widow Fugue" and "Sorceress of Muntu") weave several voices and narratives and snippets of blues lyrics into rich fields of human struggle, and possess a soaring, lyric openness where, in the confident leaps and breathing spaces, hope and resistance to socially imposed fate begin to burn in the voices portrayed—and in a reader's caught mind.