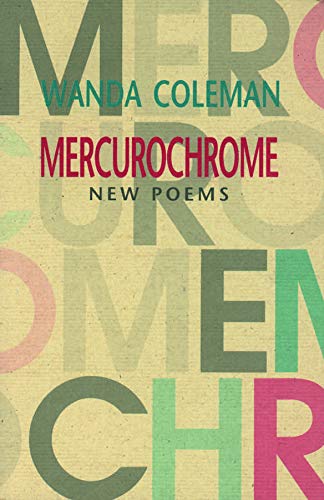 "i am an outlaw, they assert./ there's a ten-digit number stamped on my frontal lobe." This sprawling eleventh collection of poems from the Los Angeles-based Coleman finds her zig-zagging between continuations of series begun in and the 1999 Lenore Marshall Prize-winning , and grief-stricken ruminations written out of her son's early death from cancer. Coleman, long a front-line voice in the battle against America's seemingly endless supply of institutionalized racism, sets her sights on store owners, academicians, and the brands of social hypocrisy particular to her home city: "the intellectuals are walking/ around with Boy Scout knives/ buried in their brains/ while over three hundred corpses a year/ are found rotting in Griffith Park." The six sections of the book are sharply set off via subject matter, with the dream-shaped, long-form meditations on consciousness in "A Kingdom of Clouds" and the smoldering race-based critiques in "Metaphysically Niggerish" especially strong. An eighty-one page section of imitations and transliterations of poets from Ammons to Zukofsky (using Mark Strand's anthology as a source) serves as a different kind of departure point, as Coleman creates dialogs with mostly White poets through a close study and recasting of their own lines: "The academy of the future has closed doors. / It is unwilling—books banned, curtains drawn." (after John Ashbery) The book's length at times dilutes the poetry's overall power, perhaps a by-product of Black Sparrow's insistence on long manuscripts from its authors, but this is a minor complaint. In her mid-fifties, with a formidable collection of work already behind her, Coleman's emotional depth and battered, unwavering search for private and public levels of justice continues to expand.