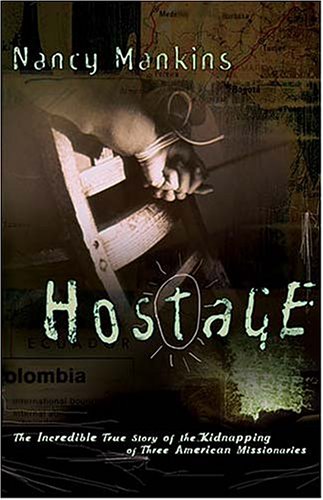 HOSTAGE: The Incredible True Story of the Kidnapping of Three American Missionaries

This earnest but amateurish memoir actually tells very little about the titular kidnapping, mostly because virtually nothing is known about it. The book begins hauntingly enough with the abduction of Dave Mankins and two other missionaries to the Kuna tribe in Panama, but does not have anywhere to go from there. No reliable person is alive to report what happened in the years between that awful night and the point at which it became clear, though never conclusively proven, that these three men were dead. The author, Dave Mankins's widow, mentions "proof of life" transmissions in which the men were allowed to send messages to loved ones, and she refers to confidential information she received through the years but does not reveal it. Instead, she fills the empty spaces with passages that feel as though they came from her diary. Sweet stories that have no discernible point describe life among the Kuna, the happiness of the author's marriage and the Mankins's bond with their ministry partners. Presumably intended to create a portrait of the lives taken, these chapters mostly frustrate because they repeatedly interrupt the narrative of the kidnapping and its aftermath. While this structure is meant to create suspense, it instead saps patience. One wishes that the writer had been able to fashion a more interesting and "incredible" account of these events. As is, this book may appeal to those already interested in missionary memoirs, but not to many others.