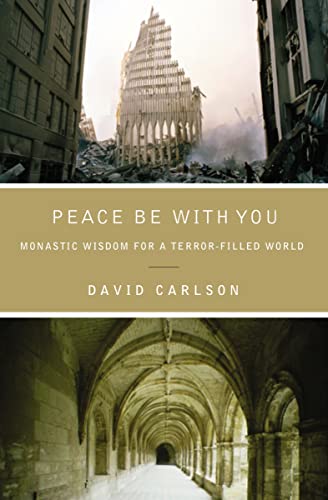 Peace Be with You: Monastic Wisdom for a Terror-Filled World

Religious studies professor Carlson investigates varieties of monastic response to the terrorist attacks on September 11, 2001, and their aftermath. Looking for "A Word of Life" from religious communities devoted to prayerful reflection, he finds these communities, even if physically isolated, intensely connected to the world's troubles. Over several years, Carlson visits numerous monasteries and abbeys, interviewing monks, nuns, a Mennonite pastor, and a community's potter, who share their immediate personal reactions to the attack and their communities' response. His timely exploration, coming on the tragedy's 10th anniversary, reveals his own spiritual journey throughout this research. He uncovers a range of thoughtful, challenging perspectives relating to sectarianism, suffering, incarnation, prayer, and the relationship between Christianity, Islam, and other world religions. Thomas Merton's writings are woven into the book's conversations and reflections, especially Merton's views on the mystical Christ, which lead Carlson to reflect: "the one God is a humanity-permeated God." A powerful, insightful guide addressing highly sensitive theological issues, this book may prove accessible and helpful to many who seek to counter terrorism with faith. (Aug.)
close
Details