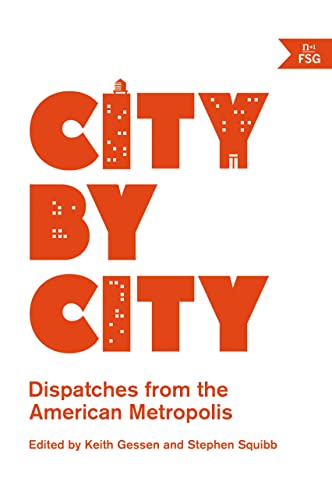 City by City: Dispatches from the American Metropolis

The spirited, eye-opening examinations of various American cities in this intelligent collection of essays, many republished from n+1 magazine, tell a common story of economic vibrancy and ambitious vision followed by "postindustrial malaise," economic depression, ecological devastation, and rising crime. Some chapters peer revealingly into small pockets of a business or a lifestyle; others analyze structures such as highways, skyscrapers, and schools. The most thoughtful and thought-provoking provide personalized histories of various cities' struggles, illuminating their current economics (a study of denim production in Greensboro, N.C.; another of a brothel in Washington, D.C.), colorful pasts, and attempts at renewal: fracking in Williston, N.D., volunteerism in New Orleans, the DestiNY U.S.A. mall in Syracuse, N.Y., and reality TV in Whittier, Alaska. While the collection paints a depressing picture of the modern American city as home to strangling politics, entrenched racism, and desperate poverty, and subject to ongoing gentrification and exploitation by the very wealthy, several essays sow seeds of hope for a more promising future: one of environmental renewal and new civic institutions that can renegotiate livable, thriving communities out of a present crisis and a blighted past. (May)
close
Details