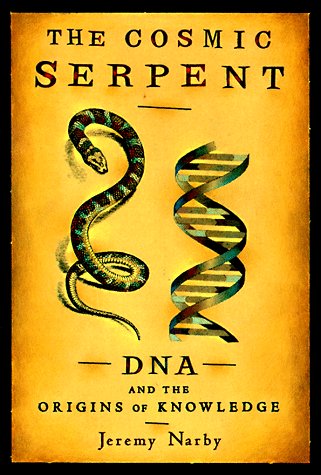 The Cosmic Serpent: DNA and the Origins of Knowledge

Anthropologist Narby's very personal account of his encounters with Amazonian shamanism and his passionately researched syntheses of anthropological, biochemical, neurological and mythological scholarship fascinate but do not convince. His defense of the rights of indigenous peoples against usurpation by capitalist, technological countries is admirable; his methodology is not. Throughout, Narby appears to mistake enthusiasm for evidence and he takes similarities of form (e.g., any helical pattern, hexagon or snakelike figure) to be proof of identity or of casual connection: that the serpent of shamanic lore is DNA. Of his assertion that the Amazonians' specific knowledge of pharmacology derives from hallucinogenic trance (and not from some other more diffuse source), he undertakes no experimental test, offering the typical complaints that the ""presuppositions"" of science are too narrow to permit the test. Narby does well to question the assumptions of scientists who dismiss all teleology in favor of mechanistic interpretations that are often deeply inadequate, and he does well to inquire into the meaning of the vast commonality of forms between science and world mythologies, but his answers too often come off as groundless invention. He provides an intriguing detective story, wondrous visions and a wealth of fascinating information on genetic science, shamanism, etc., and he also offers some valuable thoughts on the parochial smallness of official science, but, overall, his book's greatest value, perhaps, is as a case study in the excesses of scholarship gone astray. (Apr.)
close
Details