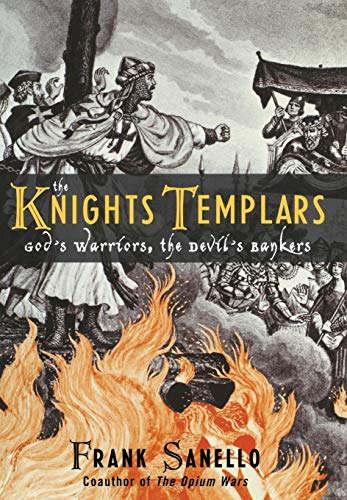 The medieval Knights Templar were warrior-monks, mostly aristocratic men who took vows of poverty, chastity and obedience in return for assurances that they would enter heaven. Thus guaranteed salvation and eternal life, they fought in the Crusades with reckless abandon. Sanello () pedantically traces the order's rise and fall over the course of two centuries. It originated in the 12th century to provide protection to pilgrims on their way to the Holy Land, and Templars fought courageously in various Crusades. By the beginning of the 13th century, they had become victims of their own courage, suffering tremendous military losses in Palestine. But their presence in Europe grew and their reputation as bankers developed. As Sanello points out, the Templars invented the check and established the first branch banks, where pilgrims could take out loans for their travels to Jerusalem. By the early 14th century, however, the order had fallen on hard times, accused by the Inquisition of homosexuality, greed and heresy. Their Grand Master, Jacques de Molay, was burned at the stake as a heretic in 1314, and with this the order was banned. Through a focus on various legends that have since arisen—that the Templars were the precursors of Masons and keepers of the Holy Grail—Sanello shows how the order has been kept alive in name if not in reality. This isn't history at its richest: the writing is overly simple, though spiked with strange attempts at sophistication, as in referring to St. Bernard's "anal-retentive charter" for the order. Illus.