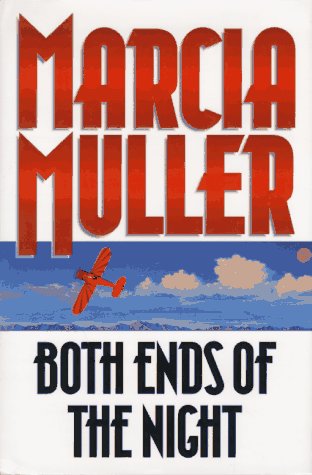 Both Ends of the Night

San Francisco PI Sharon McCone, in her 18th adventure (following The Broken Promise Land), loses a good friend and picks up a long, twisted trail of murders. Sharon's former flight instructor, Matty Wildress, dies in an aerobatics plane crash soon after asking Sharon for help. The man Matty loves, John Seabrook, has suddenly vanished, leaving his 11-year-old son, Zach, behind, and warning Matty to disappear, too. Sharon and her lover, Hy Ripinski, understanding that the crash was no accident, dig into Seabrook's background. Sharon's computer-savvy nephew, Mick, traces him to Florida, where he had pulled a similar vanishing act 10 years ago after his wife was shot to death. His trail leads to an Arkansas aircraft factory with sidelines in drugs and murder. The amoral boss there, Dunc Stirling, has also dropped out of sight. Believing that Stirling may lead them to Seabrook and to Matty's killer, Sharon and Hy call upon their best flying skills as they follow this theory deep into frozen northern woodlands. Muller plays the tragedy of Matty, Zach and Seabrook against the problems of Sharon's own family, imperfect but loving and supportive. Poignancy, page-turning action and a standout cast add up to another winner in this outstanding series. Major ad/promo. (July) FYI: On the back of the jacket and flap copy, the publisher is offering a $1 rebate off the cover price of this title.
close
Details