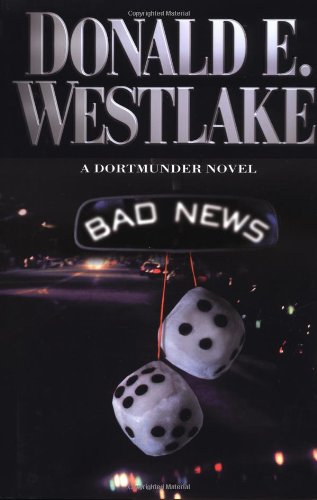 Westlake fans will welcome the return, after a five-year hiatus, of luckless burglar John Dortmunder and his gang of lowlifes from the back room of the O.J. Bar and Grill. In this, perhaps the best Dortmunder novel so far, Andy Kelp, Tiny Bulcher and the Murches (Stan and Mom) join Dortmunder in horning in on another crew's scam—cheating two Native American tribes out of one-third of the take from a lucrative Indian casino in upstate New York. Fitzroy Guilderpost, mastermind of the con (and a memorable Westlake creation one hopes to see again), has enlisted Little Feather Redcorn, a Las Vegas card dealer and showgirl, to pose as the last living member of an extinct tribe with a claim to the casino. Unknown to the schemers, the casino managers have been cooking their books and will go to any length to avoid sharing the wealth. As the foes switch dead Indians from grave to grave, seeking to prove or deny Little Feather's tribal membership, Dortmunder plots an impossible and hilarious robbery using a blizzard as an accessory, and comes up with the usual mixed results. Now that Westlake has resumed both the Dortmunder series and (writing as Richard Stark) the Parker novels, his fans again have a choice of the amusing, relatively benign capers of the Dortmunder clan and the cold crimes of the felonious Parker and his endless trail of bloody bodies and blown safes. This latest carries on the Dortmunder tradition and raises it to new standards.

What's the Worst That Could Happen?