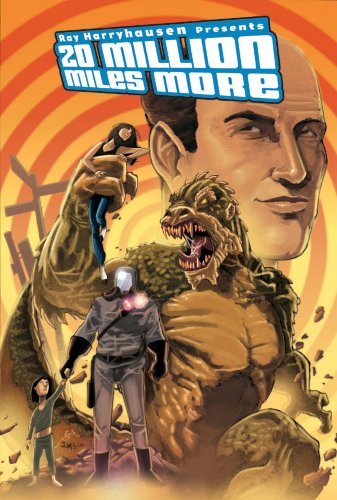 This contemporary continuation of a 1957 SF film demonstrates that sometimes it's better to leave well enough alone. is remembered fondly not for its wooden acting or pedestrian script but for Harryhausen's wonderful stop-motion animation of the Ymir, a savage reptile-man from Venus that keeps doubling in size until humans blast it off the top of the Coliseum in Rome. Unfortunately, the Ymir isn't an especially interesting character. It's just a dumb monster whose main personality trait is a very bad temper. To spin a new story out of Harryhausen's working sketches, the creators are forced to toss in chunks of , and a slew of bad monster movies in hopes that something will stick together to serve as the basis of a plot. It doesn't work, and the result is silly mush, sprinkled with mystical-ecological gibberish. Garcia's art is competent if a bit stiff while Campos's coloring is surprisingly pretty good.