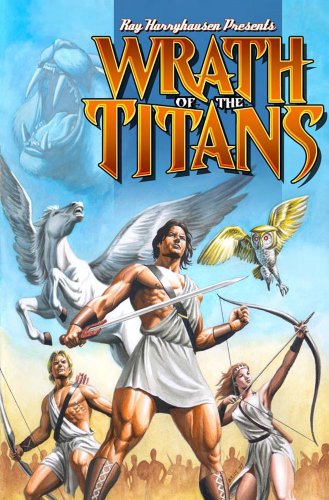 This continuation of does justice to the 1981 film that showcased Ray Harryhausen's much-loved stop-motion special effects. This story begins with the movie's leads, Perseus and Andromeda, about to become parents. Unfortunately, the happy couple is the focus of conflict among the Greek gods, as surly and devious as a roomful of Marvel superheroes. To thwart the boss of the gods, Zeus, also Perseus's father, his rival Olympian deities steal the baby and send the young hero off on a picaresque, picturesque search for his son. This plot is largely an excuse to move from one fight scene to another, but Balan and Metcalf's art bustles with Jack Kirbyesque energy as they respond to the challenge of depicting the crowd of gods and the parade of creatures they summon, climaxing with a battle between the Kraken and the Colossus of Rhodes. As with the original movie, a routine script doesn't spoil the fun.