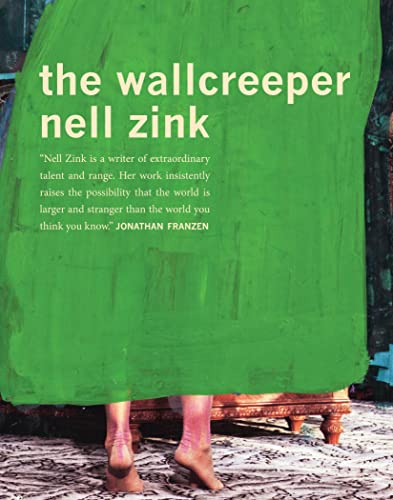 Zink’s debut novel is a weird, funny, sad, and sharp story of growing up. Opening with a car accident in which young married couple Tiffany and Stephen hit a wallcreeper (a bird that Stephen, a fanatical birder, adopts as a pet and names Rudolf), causing Tiffany to miscarry, the bulk of the novel follows the couple’s push-and-pull years in Europe. Stephen, a stubborn and secretive pharmaceutical researcher stationed in Berne, makes enough money to support both of them; and Tiffany, who was bored at her last real job as a secretary, makes no bones about not wanting to work. In many ways, Tiffany and Stephen are the perfect match: they are both capricious, unfaithful (Stephen even sleeps with Tiffany’s “bikini barista” sister, with Tiffany’s blessing), and unsure of themselves. Their marriage is really just a loose agreement, and they spend most of the story drifting around each other: Stephen suffers an inner crisis and moves to Albania to study birds, while Tiffany, who’s never had to work hard, passes her days alone on the Elbe tearing down levees to flood a forest in need of water. “I couldn’t come up with a step I’d taken in life for my own sake,” she says. Written in short, fragmentary sections, Zink masterfully captures the slippery nature of human intimacy, the ways in which relationships both thrive on emotional gray areas and jump from one black-and-white area to another (jealousy and indifference; blame and forgiveness; listlessness and wonder). This is the introduction of an exciting new voice. (Oct.)
close
Details