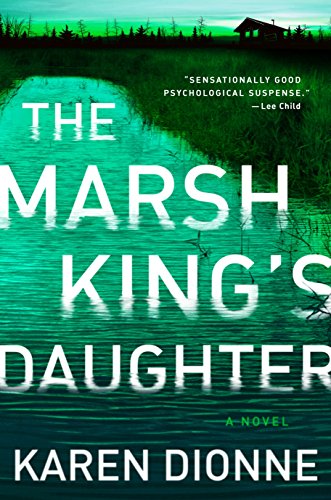 Helena Pelletier, the narrator of Dionne’s (Freezing Point) exceptional hardcover debut, a psychological thriller, lives an ordinary life in Michigan’s Upper Peninsula—mother to five-year-old Iris and three-year-old Mari, wife to Stephen—but her childhood was not normal. Her mother was kidnapped at age 14 by Jacob Holbrook and taken to a remote cabin, where Helena was born three years later. When Helena was about 12, she and her mother escaped, their rescue making international headlines. No one, not even Stephen, knows her background, until Jacob escapes from prison after 13 years, killing two guards before disappearing into the woods less than 30 miles from the Pelletiers’ house. Knowing how he thinks, Helena is the only one who can find Jacob. Detailed flashbacks show Helena had an odd but decent childhood. To the world, Jacob was a monster; to Helena, he was just her father, who taught her to fish, hunt, and track, and told involving stories, and was occasionally brutal. Helena’s conflicting emotions about her father and her own identity elevate this powerful story. [em]Author tour. Agent: Jeff Kleinman, Folio Literary Management. (June) [/em]
close
Details