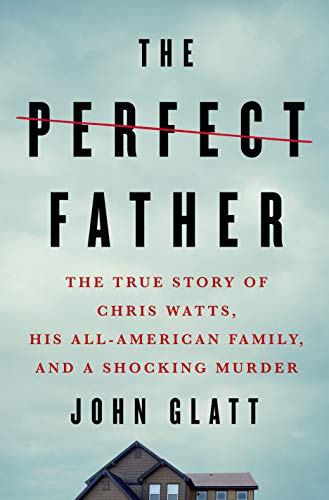 The Perfect Father: The True Story of Chris Watts, His All-American Family, and a Shocking Murder

On Aug. 14, 2018, Christopher Lee Watts announced to several Denver, Colo., news stations that his pregnant wife, Shanann, and two young daughters, Bella and Celeste, were missing, and he begged them to come back home. Within 24 hours, Watts, whom the police suspected was the killer, would fail a polygraph test and confess to heinous acts that sent shock waves through his community. In this gripping account, bestseller Glatt (The Family Next Door) exposes two conflicting realities: the idyllic public image of happiness and success, and the disturbing private disintegration of an eight-year relationship. Through investigative reports, interviews, and a cache of social media posts and text messages, the author pieces together the couple’s history from true love to tragedy, including physical abuse and infidelity. While his thorough reporting of repetitive patterns of marital dysfunction can border on the tedious, Glatt’s expert coverage of the investigation is riveting, especially his portrayal of the psychological approaches used to interrogate Watts, who finally admitted to smothering his wife and children and dumping their bodies in an oil tank. (Watts was sentenced to life in prison with no possibility of parole.) Police procedural fans will enjoy being immersed in the action at every critical moment. Agent: Jane Dystel, Dystel, Goderich & Bourret. (July)
close
Details