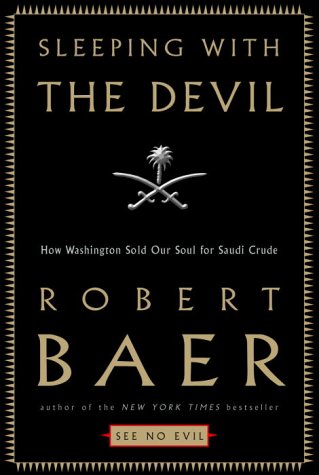 SLEEPING WITH THE DEVIL: How Washington Sold Our Soul for Saudi Crude

In his blustering second book, former CIA officer Baer () targets Saudi Arabia's corrupt leadership and cozy relationship with Washington. He argues that because the Saudis pay vast sums to powerful Americans, often in the form of lucrative defense contracts, those U.S. agencies that could help stop terrorism are thwarted by their own side. For example, CIA superiors tell Baer that they have no operating directive to look into Islamic fundamentalism in Central Asia in the early '90s. He is deeply disappointed in both the CIA and the State Department, which he says looked the other way throughout the '90s as widespread dissatisfaction with the status quo took root in Saudi Arabia. While Baer's attacks on Washington's "consent of silence" sometimes beg for clarification, his many working years in the Middle East and Central Asia give him great believability, and he makes a strong case that Saudi Arabia—with skyrocketing birth rates, growing unemployment, a falling per capita income and a corrupt ruling family draining the public coffers—is a powder keg waiting to explode. To prevent being overthrown, Saudi rulers channel money to violent fundamentalists, including al Qaida, via Islamic charities. Baer's radical solution is guaranteed to stir debate and make many skittish: "An invasion and a revolution might be the only things that can save the industrial West from a prolonged, wrenching depression."