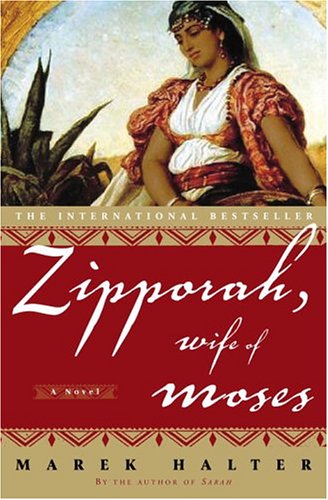 In his enjoyable but uneven second installment in the Canaan trilogy ( ), Halter takes his cue from the biblical story of Moses to imagine the life of Moses's little-known wife. In Midian, the pride of High Priest Jethro is his lovely and wise adopted daughter, Zipporah, a Cushite, yet he can't find a husband for her because she is black. Zipporah dreams about an Egyptian prince who waits for her at the bottom of the sea; Moses (literally the man of her dreams) arrives on the scene just as marauding shepherds attack. Zipporah's heart is stirred by the handsome vagabond, but so is the lust of her beautiful, cruel sister. When Moses chooses Zipporah, she realizes that before she can love him unreservedly, she must first make him face his destiny. Halter includes many rich cultural details and plenty of steamy sex, and he strikes a balance on miraculous occurrences, offering plausible ideas for some (the burning bush may have resulted from volcanic activity) while leaving others open to divine activity. Though it opens well, the book loses energy and culminates in a disappointing conclusion. Although this is not as engaging as , it should appeal to the same readership.