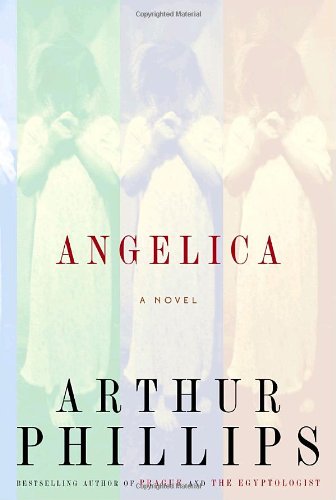 Set in Victorian England, Phillips's impressive third novel uses four linked viewpoints to explore class, gender, family dynamics, sexuality and sciences both real and fraudulent, ancient and newly minted. Joseph Barton, a London biological researcher, orders his four-year-old daughter, Angelica, who's been sleeping in her parents' bedroom, to her own room. Joseph's wife, Constance, resists this separation from her child and the resumption of a marital intimacy that, given her history of miscarriage, may threaten her life. Soon Constance notices foul odors, furniture cracks and a blue specter that appears to attack Angelica while she sleeps. When she reports these supernatural visitations to the unimaginative Joseph, the rift between them widens. Desperate, Constance turns to actress-turned-spiritualist Annie Montague for help. Phillips ( ) captures period diction and detail brilliantly. At its strongest, the multiple-viewpoint narration yields psychological depth and a number of clever surprises; at its weakest, it can slow the book's momentum to an uncomfortably slow (if authentically Victorian) pace.