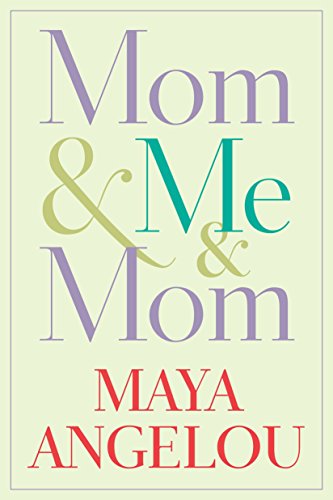 Written with her customary eloquence, Angelou’s latest focuses on her relationship with her mother, the fierce, beautiful, charismatic, and determined Vivian Baxter—dubbed “Lady” by the 13-year-old Angelou (I Know Why the Caged Bird Sings) upon their reunion. Amid the breakdown in her marriage, Baxter had sent Angelou and her brother, Bailey, to live with their paternal grandmother in Arkansas when they were toddlers. But as Bailey grew older, their grandmother sent them to live with their mother in California. Though initially dubious, Angelou soon found a fierce supporter and life teacher in Baxter. Over her lifetime, Baxter was a boarding house owner, a gambler, a registered nurse, a pioneering sailor, and head of Stockton Black Women for Humanity; wise and generous, she wasn’t opposed to threats and violence, when necessary. There are difficult times (including a violent, disturbing episode between Angelou and a jealous boyfriend), as well as triumphs, such as Angelou’s job as the first African-American female streetcar conductor, obtained thanks to Baxter’s encouragement. The book follows in the episodic style of Angelou’s earlier volumes of autobiography, pulling the reader along effortlessly. The lessons and the love presented here will speak to those trying to make their way in the world. B&w photos. Agent: Helen Brann, the Helen Brann Agency. (Apr.)
close
Details