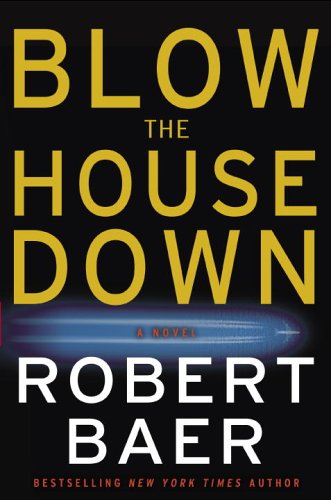 Blow the House Down

Former CIA agent Baer, author of the memoir (2002), which inspired the film , offers the same closely observed details of intelligence work and life in his first novel, a political thriller. Unfortunately, a surfeit of subplots and dozens of characters slow the action down. One day in June 2001, veteran CIA case officer Max Waller is crudely and coldly removed from his office and job in Langley, Va. On September 11, 2001, what Waller has discovered sifting through live secrets and dead agents from Washington to Tehran comes together into a plausible alternate theory of how and why the Twin Towers were targeted. Whether or not readers buy into that theory, they're sure to enjoy Baer's jaundiced view of his former employer. When Waller finds himself being trailed by some obvious outsiders, he thinks, "The FBI was capable of screwing up... but neither it nor the local police nor anyone else I could think of in this nation or abroad would be idiotic enough to field a white surveillance team in Harlem. For that, you needed incompetence on a colossal scale. Langley had to be behind it."