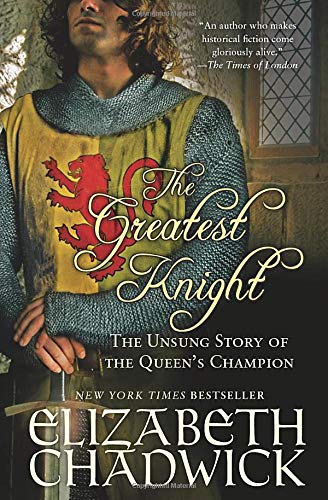 The Greatest Knight: The Unsung Story of the Queen's Champion

William Marshal, the younger son of a wealthy family, shows early prowess with a sword and uncommon chivalry, which he puts to good use saving the life of Eleanor of Aquitaine. Afterward, she makes him arms tutor to her sons, the young princes. Marshal pledges his service to heir Henry and stays with the prince, out of loyalty to Eleanor, throughout Henry's turbulent manhood and rebellion against his father. When Henry dies, Marshal swears loyalty to Henry's brother Richard, putting him at odds with his own brother, who is loyal to Prince John. When Richard leaves on crusade and John conspires to take the crown, Marshal must decide between family and honor. A true historical hero, if little known, William Marshal served under some of England's most famous kings and proved himself again and again throughout the troubled 12th century; Chadwick's novel immerses readers in Marshal's life and times, which should prove intriguing to any fan of historical fiction. The royals, and especially Eleanor, are particularly fascinating characters whom Chadwick employs to great effect.