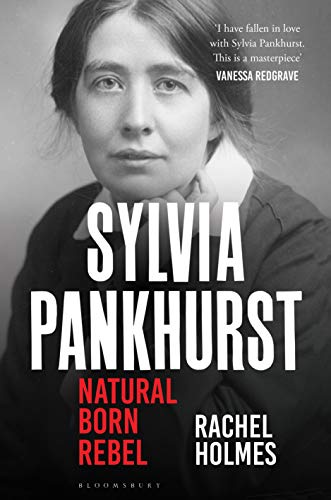 Biographer Holmes (Eleanor Marx: A Life) captures the full sweep of suffragette Sylvia Pankhurst’s career and influence on 20th-century politics in this magnificent account. Born in 1882 in Manchester, England, Pankhurst learned about the radical causes of the late 19th century from her father, Richard, a lawyer and socialist, and mother, Emmeline, founder of the Women’s Social and Political Union. In 1913, Pankhurst, who had trained to be an artist, broke from her mother’s organization and founded a suffragette group more radically leftist in its political orientation but less violent in its tactics. WWI pushed Pankhurst into pacifism and revolutionary communism, cementing her estrangement from Emmeline and earning her a jail sentence for sedition. After women won the right to vote, Pankhurst, spurred on by her relationship with Silvio Corio, an Italian anarchist with whom she had an out-of-wedlock son at age 45, turned her attention to anti-fascism, anti-colonialism, and the Ethiopian independence movement. In the mid-1950s, she moved to Ethiopia at the invitation of Emperor Haile Selassie and received a full state funeral when she died there in 1960. Richly textured with historical details, crackling with the vibrant personalities of major and minor figures, and interspersed with clear-eyed, incisive analyses of Pankhurst’s character and actions, this is a flat-out fabulous biography. History buffs will be mesmerized. (Dec.)
close
Details