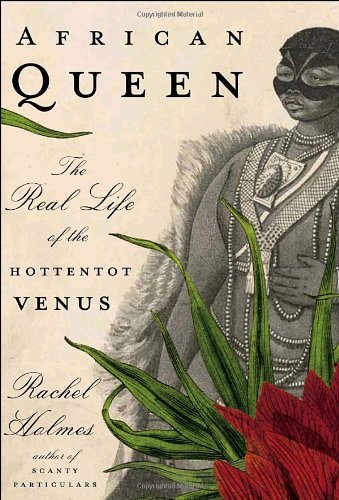 African Queen: The Real Life of the Hottentot Venus

A celebrated "human curiosity," exhibited in 1810 in London and Paris for her larger-than-average posterior, the so-called Hottentot Venus, Saartjie Baartmen, is delivered once and for all by Holmes ( ) from the forces of sentimental primitivism, imperialism and scientific racism that so determined her life. Academics will recognize Holmes as one of their own (she is a former professor of English at the universities of London and Sussex); this book is liberally salted with the language of feminist, psychoanalytic and postcolonial theory (here is how Holmes explains Saartjie's susceptibility to exploitation at the hands of men: "[her] relationship with paternalistic figures was shadowed by her unresolved attachment to an idealized father, snatched from her at the point she most needed and respected him, and before she had cause to rebel against him"). But the book is propelled along by the inherent interest of Saartjie's story and Holmes's clear affection for her subject. Particularly close attention is given to Saartjie's declining years and her gruesome posthumous treatment at the hands of French scientist Cuvier, whose macabre fascination with Saartjie inspires some of the book's most engaging prose.