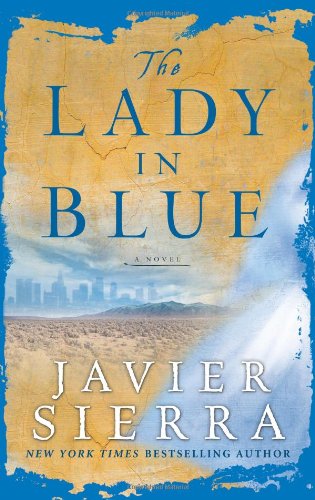 The Lady in Blue

estiny propels an agnostic journalist to rediscover his faith in this intriguing paranormal puzzler about a mysterious bilocating “lady in blue” from bestseller Sierra ( ). In 1629, Sister María Jesús de Ágreda appeared more than 500 times to the Jumano Indians of New Mexico and converted them to Christianity—without ever leaving her monastery in Spain. (The Inquisition suspected her of witchcraft.) In 1991, Spanish journalist Carlos Albert interviews Giuseppe Baldi, a Benedictine priest and musicologist about his 1972 Chronovision machine reported to recapture sounds as well as images from the past. (The Vatican censured Baldi.) Albert later stumbles on Ágreda's monastery in Spain, while in Los Angeles, Jennifer Narody, a former U.S. intelligence agent working on a secret project for the Vatican, deals with unusual dreams and receives a startling stolen religious text. Sierra's heady tale about a true flying nun should entertain Christian paranormal buffs, though some readers might have welcomed more about that Chronovision time machine.