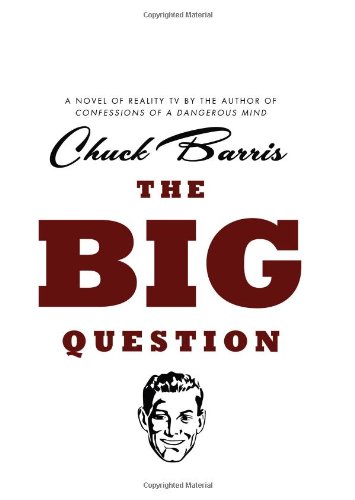 Answer the quiz show's final question correctly, and you win $100 million; get it wrong, and you're executed on live television. The premise is as potentially gruesome and gripping as it is simple, but former host and self-proclaimed informant Barris ( ) is more interested in the multiple sad-sack characters who provide myriad digressions than in plot. In 2011, a self-described octogenarian "cripple"—he's never named, but "the movie of the cripple's book, C , tanked"—is broke in New York, despite a TV heyday that included creating . He hopes to make a comeback by peddling his concept for "The Death Game" to a successful producer. As that plot unfolds, Barris introduces a welter of characters who are more like caricatures, among them widow Vera Bundle of Steubenville, Ohio, 77 and mourning her husband 50 years after his death; prostitute Retta Mae Wagons, the 170 IQ teenage daughter of a junkie; and Billy Constable, 19, late of Bowling Green, Ky., who has come to New York to seek his fortune. These three appear in the deadly broadcast that ends the book, but that's less the point than tuning in to the world according to Barris.