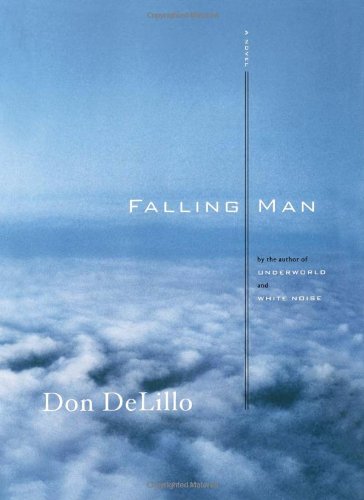 When DeLillo's novel was published in 1977, one of the main characters, Pammy, worked in the newly built World Trade Center. She felt that "the towers didn't seem permanent. They remained concepts, no less transient for all their bulk than some routine distortion of light." DeLillo's new novel begins 24 years later, with Keith Neudecker standing in a New York City street covered with dust, glass shards and blood, holding somebody else's briefcase, while that intimation of the building's mortality is realized in a sickening roar behind him.

On that day, Keith, one half of a classic DeLillo well-educated married couple, returns to Lianne, from whom he'd separated, and to their young son, Justin. Keith and Lianne know it is Keith's Lazarus moment, although DeLillo reserves the bravura sequence that describes Keith's escape from the first tower—as well as the last moments of one of the hijackers, Hammad—until the end of the novel. Reconciliation for Keith and Lianne occurs in a sort of stunned unconsciousness; the two hardly engage in the teasing, ludic interchanges common to couples in other DeLillo novels. Lianne goes through a paranoid period of rage against everything Mideastern; Keith is drawn to another survivor. Lianne's mother, Nina, roils her 20-year affair with Martin, a German leftist; Keith unhooks from his law practice to become a professional poker player. Justin participates in a child's game involving binoculars, plane spotting and waiting for a man named "Bill Lawton."

DeLillo's last novel, , was a disappointment, all attitude (DeLillo is always a brilliant stager of attitude) and no heart. This novel is a return to DeLillo's best work. No other writer could encompass 9/11 quite like DeLillo does here, down to the interludes following Hammad as he listens to a man who "was very genius"—Mohammed Atta. The writing has the intricacy and purpose of a wiring diagram. The mores of the after-the-event are represented with no cuteness—save, perhaps, the falling man performance artist. It is as if , , , , —with their toxic events, secret histories, moral panics—converge, in that day's narrative of systematic vulnerability, scatter and tentative regrouping.