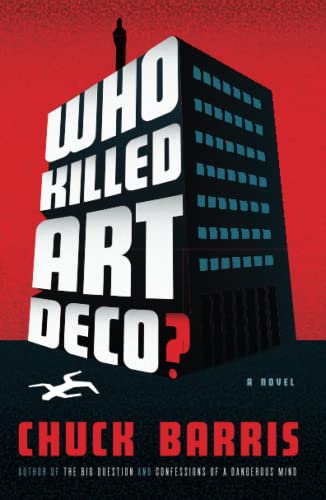 Barris ( ) misses the mark with this grating attempt at whodunit parody. Heir to millions, Arthur “Art” Deco Jr. wants nothing to do with his father's mammoth company, Kentucky-based Deco Industries, preferring to hobnob in Manhattan. So when he falls in love with wannabe actor Eddie Cotton and gleefully announces to his father, Arthur Deco Sr., that he's gay, it doesn't sit well with Deco Sr. or the rest of Art's Southern family. When Art is discovered shot in his apartment, the police are quick to call it a suicide and avoid a high-profile investigation. But then Jimmy Netts, a former podiatrist-turned-unlicensed-PI from Philadelphia, recently relocated to Bowling Green, Ky., hits the scene, hired by Deco Sr. to look into Art's death and prove it was murder. Netts gets most of his investigative techniques from old episodes of , but manages to bumble along, thanks to the help of two unbelievably cooperative NYPD detectives, finally stumbling upon the underwhelming truth. Unfortunately, Barris's characters are one-dimensional stereotypes, and the sophomoric humor is, well, very sophomoric.