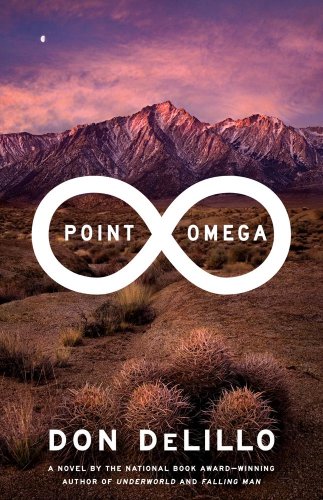 It's hardly a new experience to emerge from a Don DeLillo novel feeling faintly disturbed and disoriented. This is both a charm and a curse of much of his fiction, a reason he is so exciting to some readers and so irritating to others (notably George Will). And in the 117-page , DeLillo's lean prose is so spare and concentrated that the aftereffects are more powerful than usual.

Reading it is akin to a brisk hike up a desert mountain—a trifle arid, perhaps, but with occasional views of breathtaking grandeur. There is no room for false steps, and even the sure-footed will want to double back now and then to check for signs they might have missed along the way.

Holding down the book's center is a pair of inward-looking men: Jim Finley, a middle-aged filmmaker who, in the words of his estranged wife, is too serious about art but not serious enough about life; and the much older Richard Elster, a sort of Bush-era Dr. Strangelove without the accent or the comic props.

We join them at Elster's rustic desert hideaway in California, where Elster has retreated into the emptiness of time and space following his departure from the Bush-Cheney team of planners for the Iraq War. Elster had been recruited to serve as a sort of conceptual guru, but he left in disillusionment after plans for the “haiku war” he preferred bogged down in numbers and nitty gritty.

Finley hopes to coax Elster into sharing that experience while the camera rolls. He envisions a minimalist work in which Elster will speak in one continuous take while standing against a blank wall in Brooklyn.

Anyone recalling the Bush aide who anonymously boasted in 2004 that the Administration would “create our own reality” to reshape the post 9-11 world will easily detect echoes of that dreamy hubris in Elster's big declarations. As the two men float ever further from the moorings of the cities they left behind, the going gets a little tedious. One suspects DeLillo is setting them up for a fall, especially when Elster maintains they're closing in on the omega point, a concept postulating an eventual “leap out of our biology,” as Elster puts it, an ultimate evolution in which “brute matter becomes analytical human thought.”

DeLillo delivers on this threat with a visit by Elster's twenty-something daughter, Jessie. From there, the dynamics of human tensions and tragedy take over, laying bare the vanity of intellectual abstraction, and making the omega point loom like empty words on a horizon of deadly happenstance.

Along the way, DeLillo is at his best rendering micro-moments of the inner life. That's all the more impressive seeing as how Elster himself seemingly warns off the author from attempting any such thing, by saying in the first chapter, “The true life is not reducible to words spoken or written, not by anyone, ever.”

From time to time, at least, DeLillo proves him wrong.

The Arms Maker of Berlin Layover in Dubai