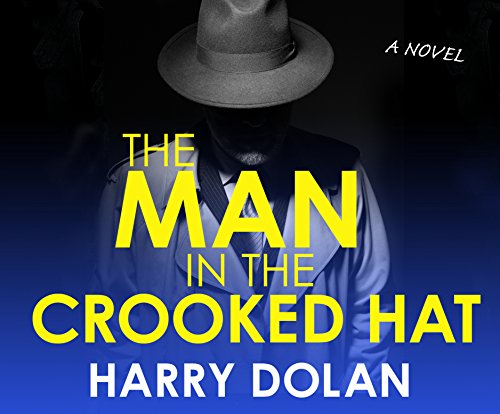 Dolan reveals the killer’s identity in chapter one of his latest, making it a whydunit, complete with twists and surprises aplenty. The characters offer reader Richards the chance to strut his stuff, and he doesn’t disappoint. The protagonist, Detroit ex-cop Jack Pellum, who Richards gives a deep, raspy voice, has devoted nearly two years of his life searching for a fedora-wearing man whom he saw eyeing his wife, Olivia, shortly before her murder. The obsession has cost him his job and maybe some of his sanity, but it’s starting to produce results, leading him toward the killer, Michael Underhill. Jack is driven and haunted, but always sympathetic, even when rudely refusing help from friends and his father, a powerful federal judge who expresses genuine empathy and love for his son. For the killer, an unruffled, pragmatic hit man, Richards uses a soft, quiet, thoughtful voice that’s tender in the presence of his girlfriend. As Jack proceeds to an inevitable confrontation with Underhill, meeting an assortment of people, Richards’s vocal range stretches from youthful brashness to aged croak. The multifaceted vocal performance accentuates Dolan’s fully realized characters, making this a satisfying audiobook. A Putnam hardcover. (Nov.)
close
Details