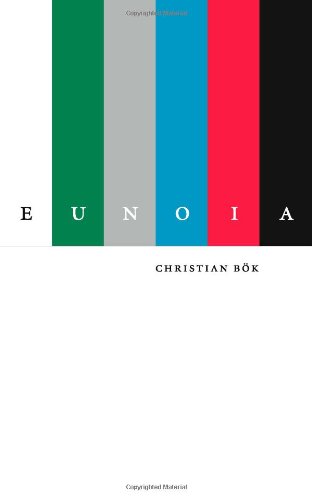 Canadian experimental poet Bök's , first published in 2001, is already legendary. In it, Bök devotes a chapter to each vowel, using only that vowel as well as a handful of other rules and restrictions, to create series of poems that push the English language to limits and possibilities no one knew it had. This new edition reprints the entire original book and adds a section of new poems that comment on the original project or take up other alphabetical themes (“And Sometimes,” for instance, uses only English words with the letter Y and no other vowels). What at first seems like a game turns out to be a means of unlocking a kind of hidden nature of the English language: the vowels, it turns out, each have their own moods and environments revealed by their repeated use. “A law as harsh as a fatwa bans/ all paragraphs that lack an A as a standard hallmark,” reads the first poem. The vowels inspire, if in fact they don't contain, stories of their own. The E chapter narrates a war-story about Greeks worthy of Homer: “When the rebels beset defended trenches,/ the defenders retrench themselves, then strengthen/ the embedded defenses.” This book is jaw-droppingly powerful, a mythology of sound.